Challenging hema 1 and king mitch and the shark reef 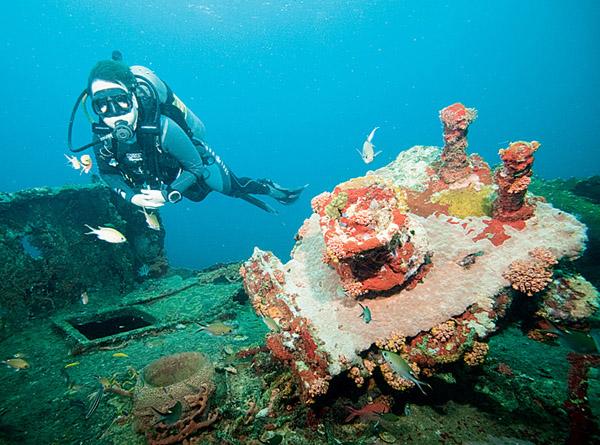 Both the KING MITHCH and the HEMA 1 are in the challenging range with the Bianca C. the King Mitch used to be a mine sweeper before the owners turned it into a cargo vessel. The massive monster lies seven miles off shore and is 350 feet long and the depth in which it rests a whopping 122 feet deep.

With the bow pointing to the West and laying on its starboard side the cargo hold is a great place for divers to explore. Aside from carrying cement, divers will notice colognes, nail varnish and cosmetic bottles. It is almost as if her cargo is protected as Barracuda always patrol here as well as huge turtles, nurse sharks, and black tip sharks and spotted eagle rays.

The HEMA 1 is another challenging dive wreck off the southern Grenada coast. Resting three miles off shore this freighter sank on her way back to Trinidad after she unloaded the cargo in St. Georges harbour. On March 5 2005 the German built freighter sank it the last resting place where it still remains. Resting in 100 feet water it is a 170 feet long ship that started taking in water on the island’s Atlantic side and efforts to turn around proofed to be thwarted and she was abandoned to sink. The coast guard could rescue the crew, however today the Hema 1 is adding to the attraction of the Caribbean’s wrecks for challengers.

A popular reef that goes well with these two dives is the Shark reef which are only for the very experienced divers. As diving site it has massive appeal, yet located on the southern coast with exposure to the Atlantic, the currents are strong and sea conditions rough. Challenging yet rewarding with an abundance of sharks, conch, lobsters, eels, rays, and sea turtles.

Easy and Intermediate Wrecks to Dive 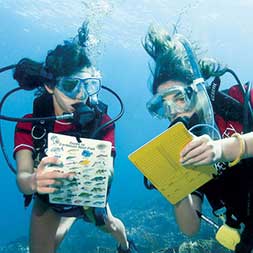 The newest wreck of the Eastern Caribbean in Grenada is the Falcon, a 42 feet fishing trawler. After it underwent repairs at the spice isle marine services it met its fate. It caught fire as soon as it reached Grand Anse Bay and an explosion was avoided due to the fact that the fuel tanks were not filled. Crew members managed to jump over board and even though the fire was extinguished it sank in 20 feet of water.

¼ WRECK is another easy dive as it is only the stem of a large vessel lying in shallow water and home to extraordinary marine life. Divers have the opportunity to explore engine and propeller while viewing nurse sharks and other sea life. 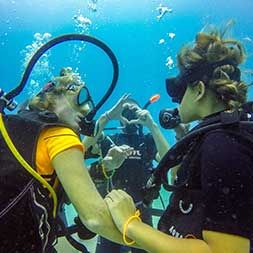 3 PART WRECK is an easy dive that sank in 1991 and got cut up into four parts. It makes a beautiful sight with an abundance of sea life including queen angelfish, barracudas and Lobsters.

VERONICA L is in the easy wreck dive category sunk when she was moored in St. George’s harbour where she was often dived upon for years until 2002. Then she was moved and today rests in soft sponges of green, pink and orange corals and Black Brotula is seen here.

The BUCCANEER which is a 43 feet intermediate dive is a wooden schooner which got sunk intentionally for diving purposes off Molinere point. Covered in black coral and whip it lies on the starboard side at 60 feet deep. The coral causes that marine life is in abundance and exquisite.

The TWIN WRECKS are also intentional wrecks from Peter De Savery after removal from its initial spot in the lagoon when Port Louis Marina was developed and under construction. A small motor vessel and the Fiona were placed 60 feet deep and laying side by side it is home to various species including lizard fish, sting rays and snappers. 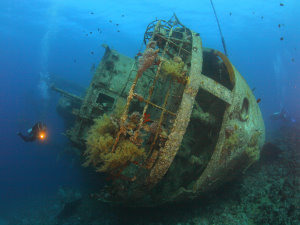 After a troubled journey from Trinidad, the Shakem cement carrier sank a mile off the harbour in St. George. In 2001 the cement it carried, overbalanced the vessel causing it to sank down to 100feet where it rests upright on its keel and one of the best wrecks to explore as it is fully intact and abundant in sea life too. Wreck lovers love exploring this advanced level ship into galleys, control room, crew quarters and hallways. With black coral growing you will find French angel Fish and Barracuda patrolling it while the ship also has the occasional shark under it.

If advanced but unusual is your diving thing then you must not miss the CAR PARK. In 93 feet of water you will be mesmerized by sunken cars including a VW Camper that forms an artificial reef. It is home to various species including moray eels, barracuda and stingrays and colourful marine life. 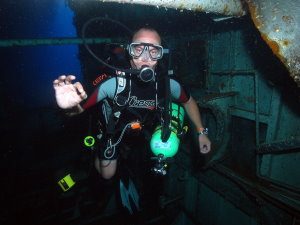 The Hildur is an advanced dive with the coastal freighter of 100 feet lying upright in 115 feet of water. It sank in 2007 and forms an artificial reef with little growth on it as it is relatively new but fish species include the occasional stingray and French Angelfish.

The RHUM RUNNER is a wrecked catamaran lying in 99 feet of water with southern stingrays and huge barracudas patrolling the wreck. Another great advanced wreck to explore is the KAPSIS is an advanced dive in the Fisherman’s Paradise reef which used to be a magnificent sailing yacht which sunk after hurricane Ivan hit the shores in September 2004. The reason that it is part of the advanced dice wrecks is the very fast and strong currents. It is a well worth it dive with an abundance of sharks, rays and turtles and other sea life teeming.